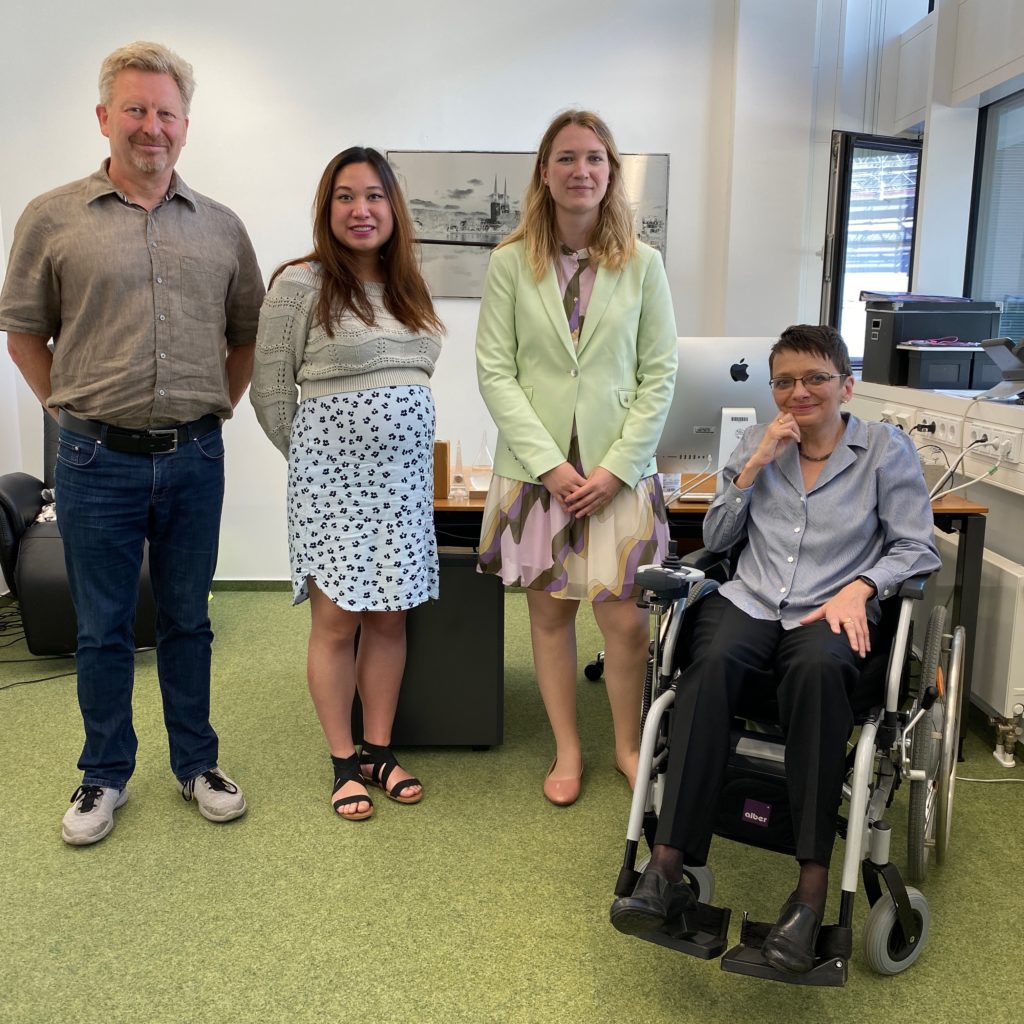 On June 24, 2022 Svenja Vishnolia has very successfully defended her MD thesis “Allele-specific RNA-targeted therapy as a treatment strategy for Col6-CMD”. Svenja is the first to complete her doctoral thesis on Collagen-6. She did a fantastic job.
It was a wonderful talk and an impressive Q&A session. Congratulations! 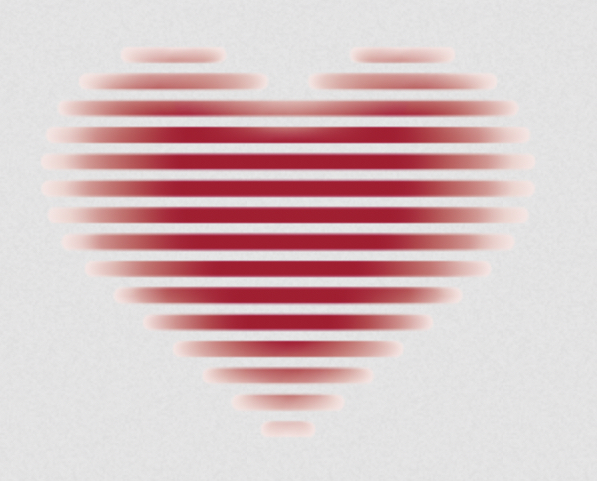 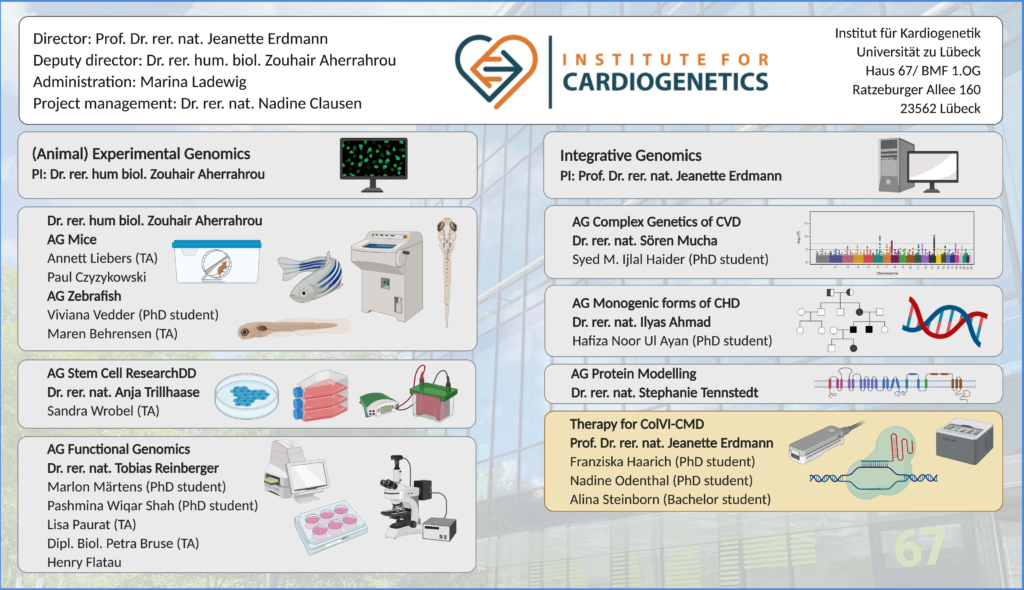 Half of 2021 is over and it is time to update the organigram of the ICG. 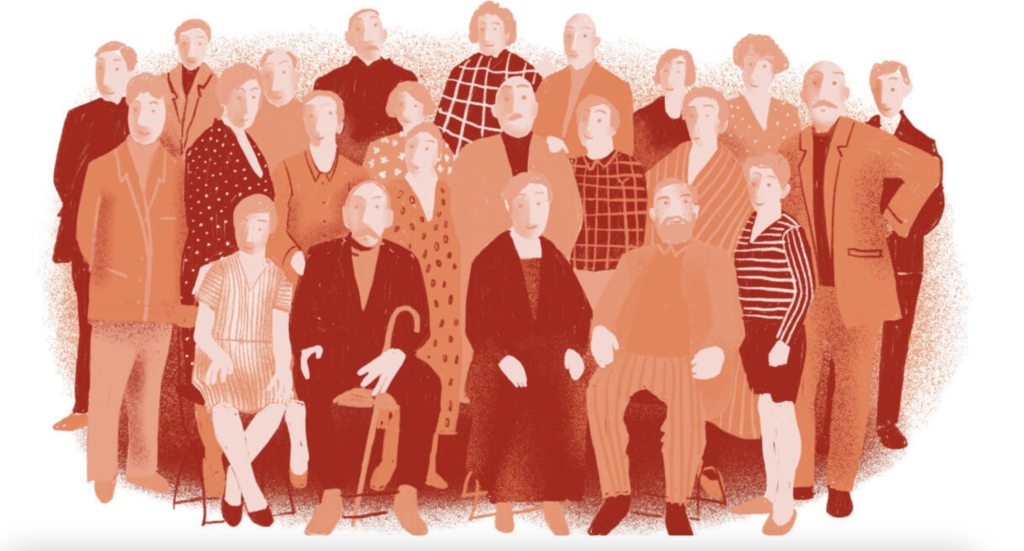 Today a very nicely written article about “our” family from Emsland went online. The article was published in the magazine “Synergie” of the DZGs. The beginning of this scientific success story is actually 20 years ago. 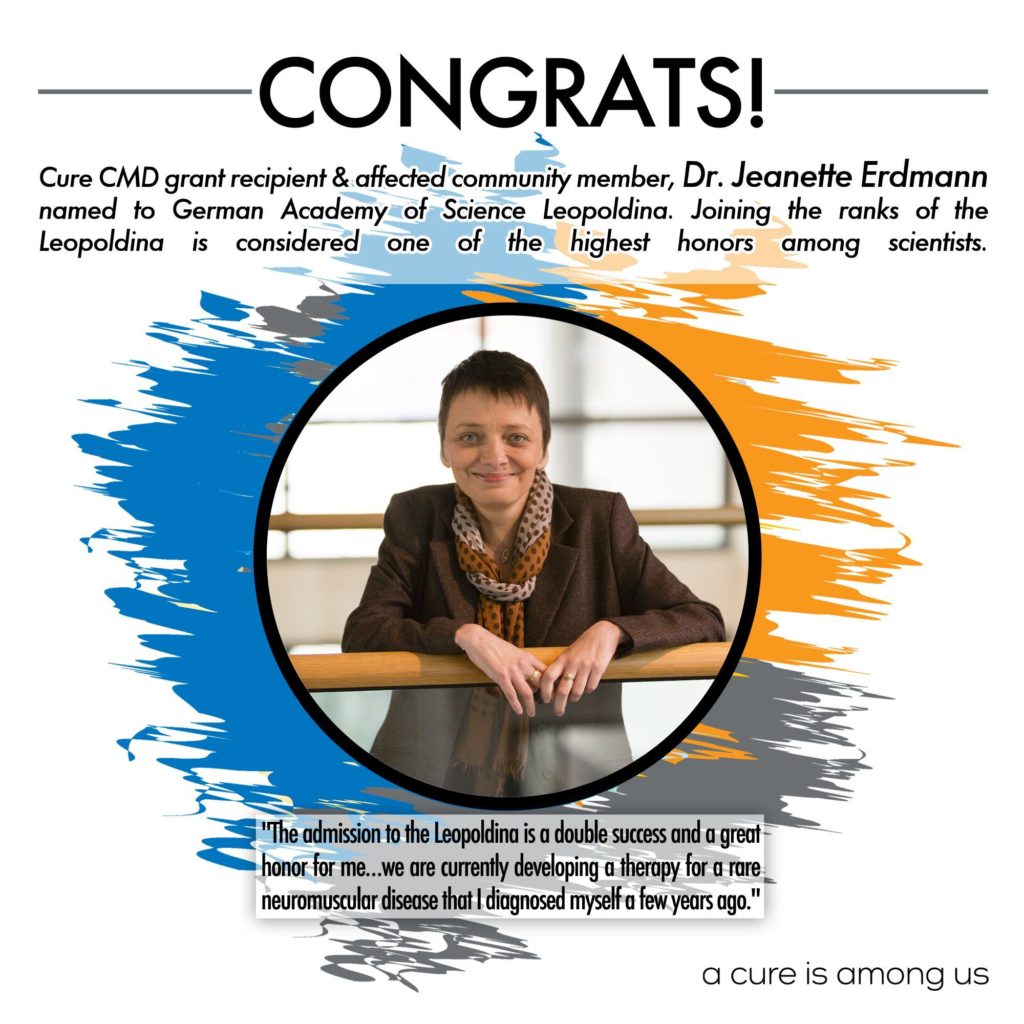 A special pleasure was the congratulations from CureCMD.

Cure CMD was founded in 2008 by three parents whose children were affected by Congenital Muscular Dystrophy. Through close collaboration with researchers, clinicians, families, and generous supporters, Cure CMD has achieved significant impact in its first decade as a nonprofit organization:

The National Academy of Sciences Leopoldina unites researchers with special expertise in their respective fields. The criterion for admission is outstanding scientific achievement.

Among scientists, admission to the ranks of Leopoldina members is considered one of the highest honours – Prof. Jeanette Erdmann has received it. The biologist is the only professor at the University of Lübeck who is currently a member of the National Academy of Sciences Leopoldina.

In 2012 she was appointed W3 Professor for Life in Lübeck and subsequently DZHK Professor by the German Centre for Cardiovascular Research. Since 2013, she has successfully led the newly founded Institute of Cardiogenetics, which aims to better understand the genetic factors that lead to cardiovascular diseases, e.g. atherosclerosis and heart attacks, in order to develop new therapies. “Since the beginning of my PhD, I have been working on the inheritance of common, so-called complex diseases, first with schizophrenia and depression and for 15 years now with cardiovascular diseases. For a few years now, however, I have expanded my field of research and we are currently also developing a therapy for a rare neuromuscular disease that I diagnosed myself with a few years ago,” reports Prof. Jeanette Erdmann.

With her expertise, the director of the Institute of Cardiogenetics at the University of Lübeck now strengthens the Leopoldina, which is a classic learned society with its approximately 1,600 members from almost all scientific fields. The proportion of female scientists among its members has risen from seven to 15 per cent in the past ten years. “Being accepted into the Leopoldina is a success and a great honour for me in two ways,” explains Prof. Erdmann. “On the one hand, I am pleased that my scientific work has been recognised by the Academy. Here I would like to thank my staff in particular, as well as the national and international cooperation partners of the past 15 years, without whom this success would not have been possible. On the other hand, admission to the Leopoldina rewards the efforts of the past years and perhaps strengthens more young women and people with physical limitations to embark on the fulfilling, but sometimes also rocky path of an academic career. I would be extremely pleased about that.”

The Academy’s tasks include representing German science abroad and advising politicians and the public. The Leopoldina unites researchers with special expertise in their respective fields. The approximately 1,600 Academy members come from over 30 countries. Every year, about 50 scientists are elected to the Academy for life in a multi-stage selection process. Admission follows a nomination by Academy members, which is followed by a multi-stage selection process by the Section, the Class and the Presidium.

Since the Academy was founded in 1652, more than 7,000 personalities have been admitted to its ranks. These have included Marie Curie, Charles Darwin, Albert Einstein, Johann Wolfgang von Goethe, Alexander von Humboldt, Justus von Liebig and Max Planck. 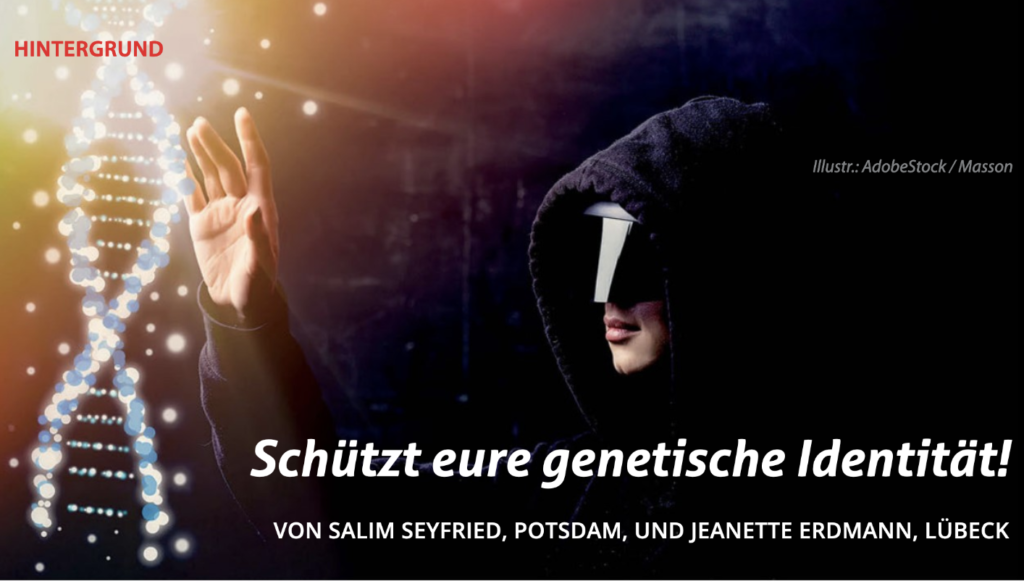 An article on “Protecting genetic identity” appeared in the Laborjournal in June. This article was written by Salim Seyfried and Jeanette Erdmann during the pandemic. Both hope for a broad discussion on the important topic of lifestyle DNA testing. 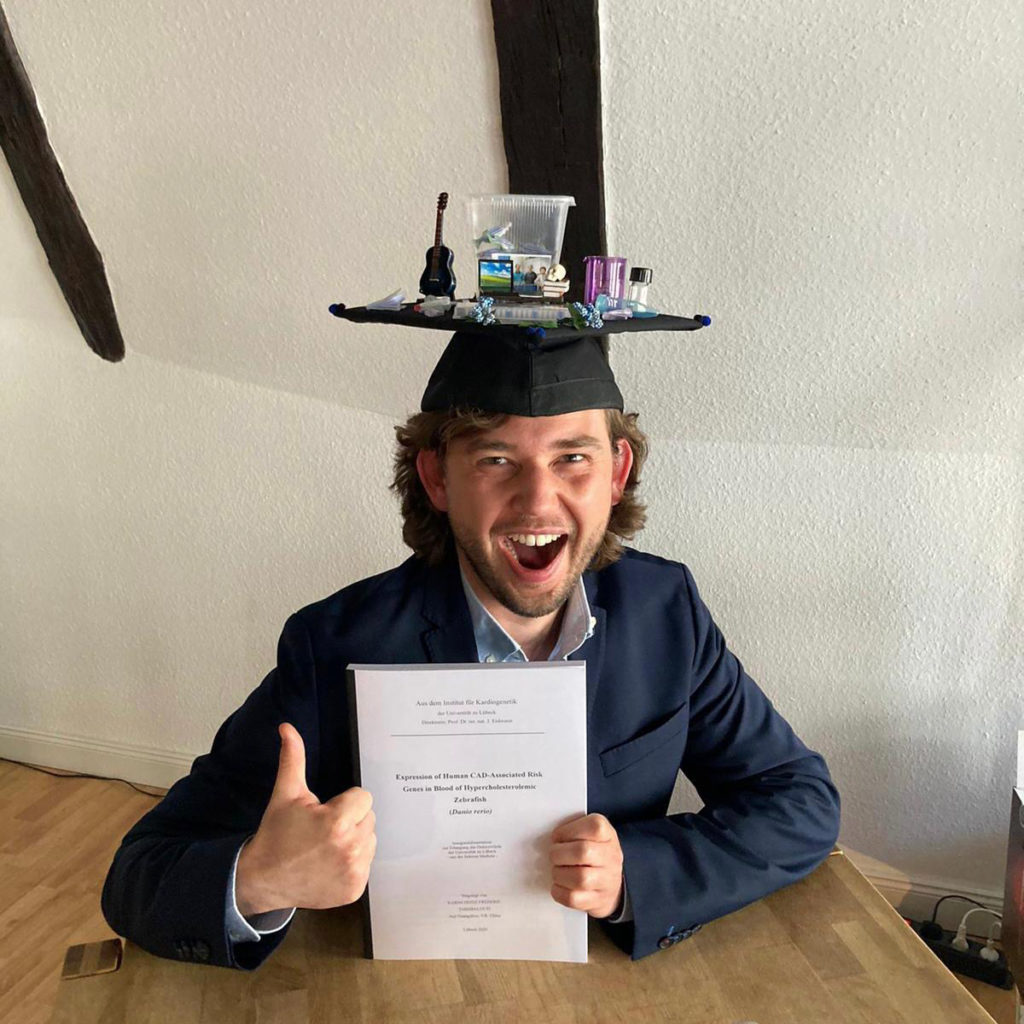 On April 21, 2021 Karim Tarhbalouti has very successfully defended his MD thesis “Expression of Human CAD-Associated Risk
Genes in Blood of Hypercholesterolemic Zebrafish (Danio rerio)”.
It was a wonderful talk and an impressive Q&A session. Congratulations! 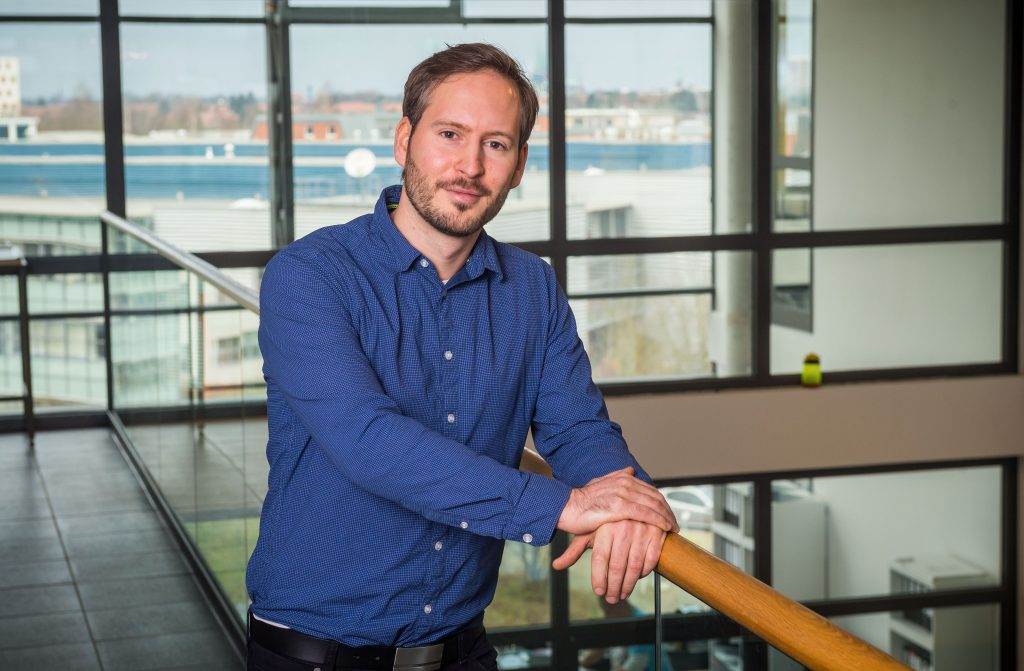 Viviana Vedder MSc a Phd student at the ICG was appointed to join the Environmental Sustainability Committee (ESC)  of the International Zebrafish Society (IZFS). The ESC provides strategic recommendations to the IZFS leadership regarding initiatives that can maximize the benefits of international scientific interactions and activities whilst minimizing environmental impact.

More information can be found here.