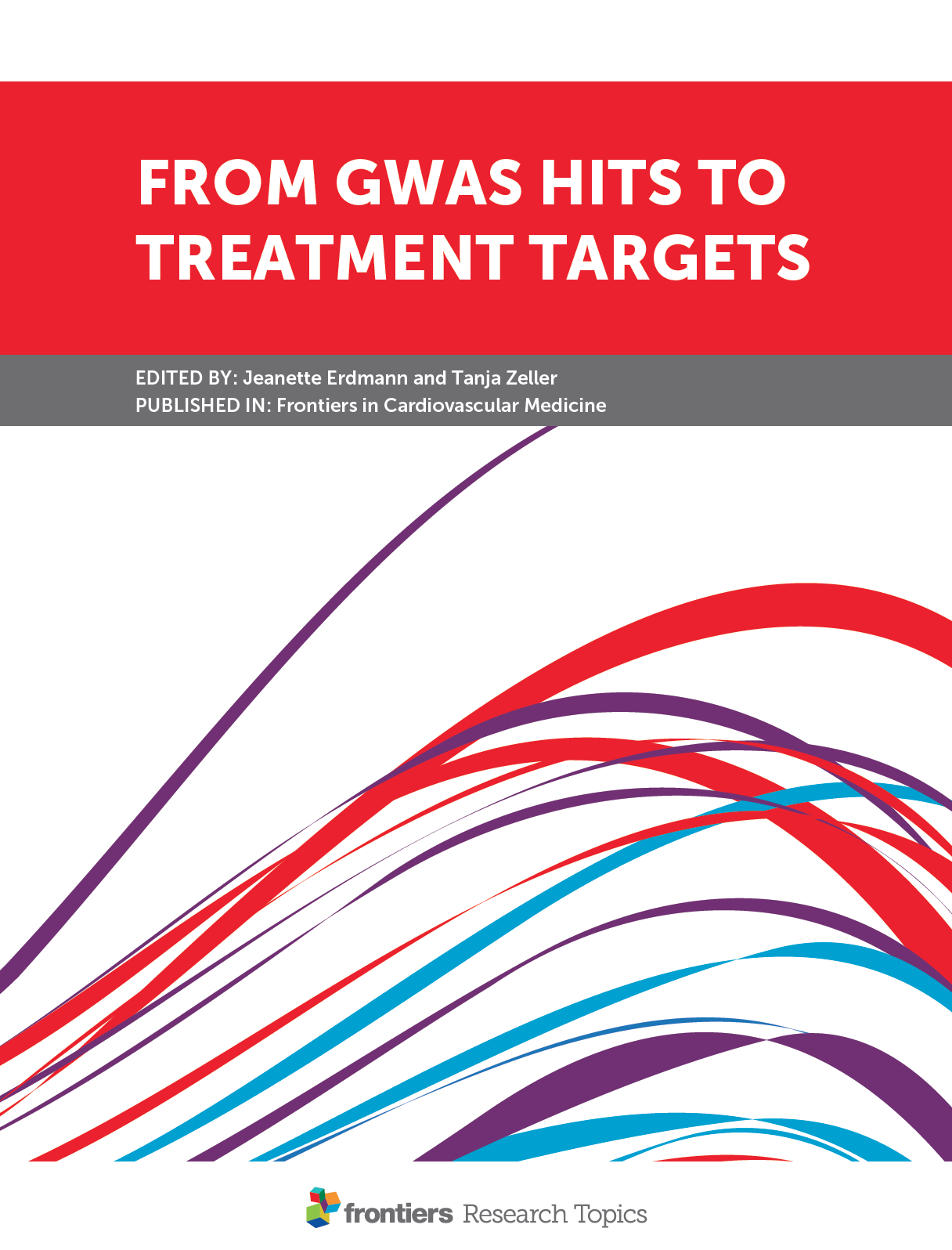 The Research Topic: “From GWAS hits to treatment targets” was accompanied by a symposium held in Lübeck on January 12th, 2018. The agenda and pics can still be found here.

About the Research Topic:

Genome-wide association (GWA) studies, as a prototype of large-scale OMICs studies, have advanced our understanding of the genetic basis of many common diseases. With respect to coronary artery disease (CAD) and cardiovascular risk factors, like lipids, blood pressure or BMI, they have identified hundreds of chromosomal loci that modulate disease risk. Despite their scientific success, GWA studies have been criticized for having failed so far in delivering diagnostically or therapeutically relevant products.
However, the ability to achieve such goals has been strengthened recently by further layers of OMICs-based data, including large-scale transcriptomics data, and better annotation of regulatory sequences and epigenetic changes in the genome (e.g. through the ENCODE project), as well as novel tools for bioinformatics analysis, allowing a systems medicine based approach to be applied.

All in all, the last decade with its “gold rush of genomic discovery” led to the identification of known and novel pathways involved in the pathogenesis of cardiovascular diseases and point to novel treatment targets.

The aim of this Research Topic was to gather contributions from scientists working in the field of cardiovascular genetics who have common interests in understanding the pathomechanisms linking genetic association findings and disease to finally translate the findings from large-scale genetic studies into novel treatment options.

The Research Topic: “From GWAS hits to treatment targets” can now be downloaded as an eBook.

We use cookies on our website to give you the most relevant experience by remembering your preferences and repeat visits. By clicking “Accept”, you consent to the use of ALL the cookies.
Cookie settingsACCEPT
Manage consent

Any cookies that may not be particularly necessary for the website to function and is used specifically to collect user personal data via analytics, ads, other embedded contents are termed as non-necessary cookies. It is mandatory to procure user consent prior to running these cookies on your website.